Kirchheim unter Teck/Rüsselsheim, 19 September 2018 – Stefan Schönbrunn now joins Egon Christ at the head of releasing agent company AFG Allgemeine Fahrzeugübernahme-Gesellschaft mbH, which has been part of the MOSOLF Group since the beginning of 2018. The 54-year-old industrial manager succeeds Bernhard Ewe, who will retire on 31 December 2018.

In his new function as Managing Director of AFG, Schönbrunn will focus on releasing agent activities as well as the definition and implementation of the IT strategy and digitisation issues in the company.

Stefan Schönbrunn, an acknowledged and experienced expert in the fields of software development and digitisation, will strengthen AFG's management team. Following his training as an industrial manager and a one-year course as an organisation programmer, Schönbrunn initially worked for several years as a software developer for various companies before taking over as head of the software development department at Logitron GmbH in 1992. This was followed by positions as managing director of IT service provider BEST Datenverarbeitungs GmbH and IT manager at the automotive logistics company E. H. Harms GmbH. Most recently, Schönbrunn was CIO at BLG Automobile Logistics in Bremen, where he was responsible for IT strategy, including digitisation, human resources, budget, software development, customer service, infrastructure and EDI.

Dr. Jörg Mosolf, CEO of the MOSOLF Group, is convinced: “His many years of experience in vehicle logistics coupled with a deep understanding of strategic IT business models are a great advantage for AFG's performance. Special thanks also go to Bernhard Ewe, who has shaped AFG as Managing Director from the very outset. His high personal commitment and successful work over the past few years have made AFG one of the leading releasing agent providers in Germany.” 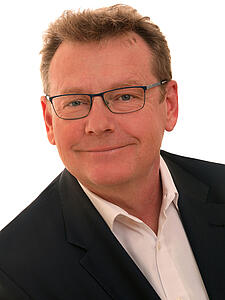