Skip navigation
MOSOLF promotes the young generation in the region. On the last weekend before the summer holidays, it was time again: for the 13th time now, the traditional football tournament for the Kirchheim pupils was organized together with VfL Kirchheim: the MOSOLF Schulen Cup.

As a traditional family business, MOSOLF has been supporting regional children's and youth sports for many years. With the MOSOLF Schulen Cup we organize together with the VfL Kirchheim one of the biggest football tournaments for schools in the region. The two-day football tournament, which always takes place on the last weekend before the summer holidays, is regularly attended by more than 600 pupils from grades 4 to 9 from Kirchheim.
All school types are invited: from the local elementary schools to the community and secondary schools to the local grammar schools. MOSOLF takes over the invitation management and provides all children with Schulen Cup t-shirts and food, while the VfL Kirchheim organizes the tournament process.
As a final event shortly before the summer holidays, the MOSOLF Schulen Cup has meanwhile established itself as a solid event at the Kirchheim schools. 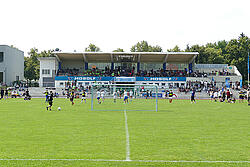 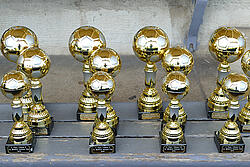